Sundae Drivers came together around the West area in 2017. Some of the band members had worked together in past musical projects and that familiarity made it easy to start the group, which consists of Derrick Dutton (lead guitar/backing vocals), Holli Kasik (vocals), Chad Kasik (drums), Jacob Polansky (electric guitar), Chris Matlock (keyboards/backing vocals), and David Pratka (bass guitar/vocals).

“Amanda” has a folk-country feel which exemplifies the band’s approach. While the song itself doesn’t have a music video, the lyrics speak volumes about regret, sorrow, love, and hope. At the same time, it has an upbeat rhythm that reflects the feeling of falling in and out of love, and you’ll find yourself swaying along to it.

“I had written ‘Amanda’ thinking about how relationships sometimes get off track, resulting in a break-up but still hoping for a possible reconciliation,” says Pratka.  “I had approached Jacob Polansky with the basic song structure and melodies and it all came together in his personal studio.”

Although “Amanda” was recorded in 2017, the group plans to release more original music in the future. They’re also well known for their energetic — and heartfelt — performances that have led to a devoted following of fans.

“We hope that when people come to one of our shows you will see a group of friends that enjoy playing music and can see we’re having fun doing it together,” Pratka says. “We’ve been blessed with the ability to perform many different styles and truly believe we can offer something to everyone who listens and keep them interested.”

Sundae Drivers frequently perform in and around Waco at venues including The Backyard, BIG’s Mayberry Tavern, and Elk Hall. Their next Central Texas show is at Barrow Brewing in Salado on September 25. 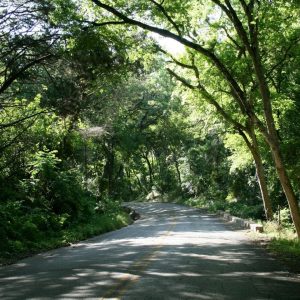