Located on a busy stretch of Franklin Avenue in downtown Waco, Clay Pot has been a Waco institution since the early 2000s, serving up Vietnamese and Vietnamese fusion to a loyal cadre of customers.

With a spacious dining room, an outdoor patio featuring a colorful mural of rural Vietnam, and a large, marble-style water fountain quietly splashing away in the background, it’s a great space for a casual night out with family and friends.

In 1975, Phong Le’s family escaped the Vietnam War, fleeing first to Guam and then, after receiving sponsorship from a Waco church, to Central Texas.

Back home in South Vietnam, they had run a successful members-only country club with a restaurant and a private beach. In Waco, they used their food-service background to open several restaurants with different approaches—a Vietnamese-Chinese buffet, two steakhouses—but the one that stuck was a Vietnamese-Western fusion restaurant that has evolved into a Waco institution: Clay Pot.

Now owned and operated by Thanh Le and her husband, Phong Le, Clay Pot still offers some of the westernized dishes favored by their loyal fan base. But under Thanh’s direction over the past fifteen years, the menu has been slowly modified to mostly feature cooking from her childhood home in North Vietnam.

The Bun Ca Cay is a famous dish from Hai Phong, where Thanh grew up, and it’s easy to see why. You will find it under the pho section of the menu, but its rich, almost thick broth and crispy topping of batter-fried white fish filets and house-made fish cakes make it an instant standout from the usual pho fair. Thin rice noodles balance the complex broth, which is salty, surprisingly sweet, slightly sour, spicy from fresh jalapeños and a chile-lemongrass paste, and simply garnished with green and white onions, cilantro, and bean sprouts.

“Pho is different over here,” says Thanh. “In the US, the veggies on the side, that’s South Vietnam style. They eat pho with lots of vegetables, herbs, bean sprouts, and hoisin sauce. That’s not the way that we eat pho in North Vietnam. We have green onions, barely any cilantro, and sometimes a dish of yellow onions in fish sauce for dipping the meat. It’s simpler than the south, which is more fusion with Thai and Cambodian cooking.”

The vermicelli bowls are another menu standout. Sparingly garnished like the pho, they feature various topping combinations of shrimp, pork, and tofu, yet manage to stay refreshingly light on the gut and the palate.

The appetizer menu is full of tasty small plates to complement your mains; fried green beans are a house favorite, tender-crisp, breaded, mildly tongue-tingling, and served with a sweet chile dipping sauce. The vegetable or pork dumplings are comfortingly good, and the addictively tangy, glazed Vietnamese meatballs are just as delicious alone as they are when combined with bites from your vermicelli bowl.

But fans of the old Clay Pot’s fusion dishes will still find them on the menu. All of the “Clay Pot Originals” are holdovers from the early days, featuring additions like melted cheddar cheese, pineapple, and thick sauces that are not traditional in North Vietnamese cooking but are no less good because of it.

Stan’s Clay Pot, a dish named after one of the restaurant’s longest-standing customers, is a broccoli-carrot stir fry with plenty of garlic, smothered in a creamy, sweet-savory sauce and topped with your choice of protein (the chicken is classic) and melted cheese. It is both familiar and unusual, very satisfying, and well worth a try. (And the creaminess? It comes from mayonnaise. Don’t knock it till you’ve tried it.)

But the real fusion standout is the spring fried rice. White rice is laced with coconut milk and stir fried with crisp carrots, tender peas, mushrooms, and green onions, and topped with your choice of protein (try the shrimp or tofu). It achieves lightness and creaminess the way only coconut milk can and is a lovely counterpoint to the heavier fried appetizers.

Fusion, Innovation & the Problem with Authenticity

While most of the menu, around 90% according to Thanh, features the Vietnamese cooking of her childhood, every dish is an interpretation, an expression of her approach to cooking which, not unlike memory itself, is entirely individual.

“All the food on the menu is my taste,” says Thanh. “Sometimes people come in, even Vietnamese people, and they will say, ‘This is not Vietnamese.’ This is my taste, my way of cooking, and it’s my restaurant. If you like it, you like my taste. If you don’t like it, it’s fine. That’s your taste, you know?”

“Who in their right mind would think every single person that makes food is going to make it exactly the same?” asks Jesse Back, a long-time employee at Clay Pot who works both as a server and as the restaurant’s marketing manager. “Like the pho, for example. There are so many variations of how to eat pho, and people just have a generalized idea, like this is exactly what pho should be. And if it’s not like that, it’s wrong.”

This conundrum is familiar to many who serve food to a clientele far removed from the food’s cultural context. Dishes are adapted to use available resources and to meet the demands of new customers. Flavors that might shock are toned down. (Thanh claims the fish paste she grew up eating would not fly in Waco). Ingredients that are hard to find or cost-prohibitive due to scarcity are eliminated. Culinary discoveries are made when old recipes are paired with new local produce, spices, meats, and dairy.

But adaptation can elicit criticism. It is a classic rock-and-hard-place dilemma, in which dishes that are too “authentic” don’t sell, and dishes that have evolved to please local palates are deemed inauthentic.

The question of authenticity is a thorny one and near impossible to answer, particularly for those who live outside of the food culture in question. Who are the gatekeepers for authenticity? Is a writer who grew up in Saudi Arabia, who has never been to Vietnam, qualified to make pronouncements on what is and is not authentic Vietnamese food?

Additionally, recipes are often fluid by nature, passed on and adapted, and evolving from continent to continent, town to town, family to family, and chef to chef. In the process of assimilation, recipes, like people, change. And that’s often where culinary magic happens.

Clay Pot has weathered many fads, many narratives, and many iterations of Waco tastes. Thanh’s cooking embraces several culinary traditions without sacrificing her cherished North Vietnamese influences. The result? Her restaurant has become a culinary institution in its own right and on its own terms.

“My restaurant’s different than other restaurants,” says Thanh. “I’m not a chain restaurant or a franchise restaurant, and I don’t have to follow anybody’s recipes. I follow my recipes. That’s my privilege.”

“They are simple flavors,” says Thanh about her menu, “but it’s the way you cook it that matters.” Clay Pot’s menu is the story of Thanh’s past life in Vietnam and her present life in Central Texas. It’s a love letter to her Northern Vietnamese culinary traditions as much as it is an expression of her life as a Vietnamese American. In short, it’s her menu, her cooking, and you definitely don’t want to miss it.

Clay Pot is located at 416 Franklin Avenue in downtown Waco and is open Tuesday through Sunday from 11 am to 9 pm. Need food for a meeting or large event? Inquire about catering services. 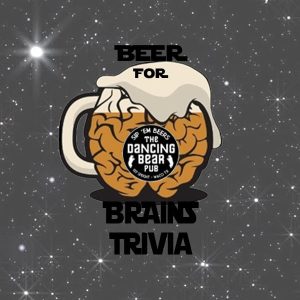