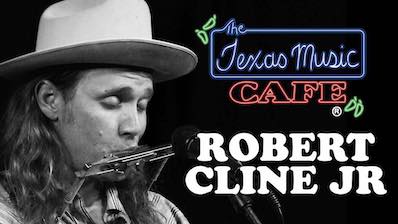 Robert Cline Jr. began his music career collaborating with members of New Orleans’ The Subdudes, both in the studio and on stage. He released his debut album, All the Right Reasons, in 2013, which features a varied sound, ranging from Texas bar house country rock to bare-bones acoustic ballads.

No cover, but donations accepted (and appreciated).