On the Friday before opening night, Greg Davis, artist, filmmaker, photographer, and fourth-generation Baylor Bear, is moving from room to room, unpacking sculptures and hanging his photographic portraits of Día de los Muertos dancers, master weavers, mescaleros and agave farmers, and curanderos in Art Center Waco’s light-filled gallery. Davis is debuting his evocative photographs of Oaxaca’s cultural traditions alongside the artworks of Oaxacan artists, intertwining human stories with elements of nature, spirit, and light. While he works, he explains the impetus for this project and what moves him as an artist.

While Davis created and curated Oaxacan Gold, it is very much a collaboration and conversation between his work and that of the artists he photographed and whose works are also on display.

“This is not only about my work,” explains Davis as he sets up the exhibit. “It’s also an exhibition about master artists in Oaxaca creating folk art.”

As a contributing photographer for National Geographic, Davis is aware that a truly representative story is only as good as the person telling it. A collection of photographs on their own, taken by an outsider, might leave the artist’s subjects silent and objectified. But there is an interweaving here, a fluidity between the artist and his subjects such that the subjects have agency in their own representation. Davis’s work moves in and around those artists, paying homage to their artistry while expressing his own spiritual connection to their work.

All of the exhibit descriptions are displayed in both Spanish and English, and several of the Oaxacan artists’ placards feature QR codes that, when scanned, play a short film clip from Davis of the artist at work.

One wall displays portraits of an old Oaxacan curandero, or healer, holding a psilocybin mushroom at his altar, accompanied by a placard that tells the story of Maria Sabina.

Maria Sabina, a 1950s-era Oaxacan curandera, was coerced into sharing the healing secrets of her mushrooms with white American author and ethnomycologist Gordon Wasson. According to Davis, Wasson promised to keep her secrets safe and then, in 1957, he published a tell-all article in Life Magazine. Sabina’s people turned on her for betraying their cultural heritage, and the US went wild for magic mushrooms.

It is a tale of cultural appropriation, misogyny, and betrayal that speaks directly to the question of who is behind the lens, the pen, or the voice that tells the story. But Davis’s work takes care to acknowledge these pitfalls by creating space for his subjects to speak for themselves and tell their own stories.

A Spirit in Everything

Davis was drawn to Oaxaca for its light, its spirit, its people, and its strong ties to the cultural heritage and traditions of the region. But much of what shapes Davis’s work, from the subjects he chooses to the stories he tells, is guided by unseen hands.

“There’s a lot of serendipity and synchronicity—I call them God winks—in my work, I think in any artist’s work,” says Davis. “There are a lot of synchronicities that happen that feel like there’s something greater helping you create this work.”

As an example, Davis rushes over to a black-and-white photograph of Jose Garcia Antonio, a blind, septuagenarian potter Davis photographed in Antonio’s studio. Hanging on the wall behind Antonio is a psalm in Spanish that speaks about God’s light. Walking to another room, Davis explains that while he had been working with illumination as a theme for the exhibit, it wasn’t until his girlfriend noticed the psalm in Antonio’s photograph that it all came together.

As he turns to take in the room beyond that of Jose Garcia Antonio’s clay figures, he points out that it is filled with devils. Davis’s black-framed photographs of heavily shadowed figures in horned masks hang next to exquisitely-carved wooden masks from artist Alejandro Vera Guzmán.

Three walls of darkness face one wall of light, an eerie photograph of a crucifix hovering semi-transparent and ghost-like in front of a shaded garden. Framed in white, hung slightly higher than all of the other images in the exhibit, and reflecting the muted sunlight through the gallery windows, the figure of Christ simultaneously suffers and radiates. Printed above him is Psalm 36:9, “For with you is the fountain of life. In your light, we see light.”

“God winks,” says Davis. “It all circles around to the divine in all of us,” he says, emerging from the room of devils to the wall just beyond, upon which his artist’s statement is inscribed in gold lettering.

“There is a spirit in everything,” he reads aloud. “In the spaces in between. Even in the silence. There is a timelessness. A wisdom well beyond knowing.”

Davis’s exhibit explores the ways in which spirit, both human and divine, weaves its way through Oaxacan culture, through the work of Oaxacan artists, and through his own work.

“The Divine manifests itself through nature,” Davis reads from his artist’s statement, “from the plants and animals that we rely on to nurture and express ourselves to the passage of time as we expand both internally and universally.”

Nature is present throughout Davis’s works. A photograph of a weaver dying his yarn is presented next to the yarns themselves along with pots of dyeing materials such as cochineal and indigo. A photograph of a dyer’s hands stained by indigo completes the tableau, while in the next room over, a closeup, painterly photo of an agave plant is hung by a photograph of a mescalero and agave farmer. Cacao pods, marigolds, piercing sunlight, moody skies—these natural elements are all woven into the stories of Davis’s Oaxaca.

“All of this is humans engaging with nature,” says Davis, “from the masks being carved from the Montezuma cypress trees to the alebrijes by master artist Jacobo Ángeles Ojeda.”

The alebrijes of Jacobo Ángeles Ojeda and his wife Maria are folk art sculptures of fantastical, brightly-colored beasts. Exquisitely crafted, the three- or four-foot-tall figures are carved out of copal wood and painted with intricate designs in a riot of rich, warm colors.

“Jacobo and María’s work was in front of Rockefeller Center in New York City during the Day of the Dead celebration last year,” says Davis. “And this piece has a cool story,” says Davis, walking over to a crate full of sculptures wrapped in paper. “I’m a fourth-generation Baylor Bear. My grandmother went to Baylor from 1890–1891. And then there’s my grandad, my dad, and me. So, I commissioned Jacobo to make this alebrijes.”

“Because of my love for Baylor University, I wanted to have a bear with a golden-eyed owl mask to represent the wisdom that comes from the university. So this is what he’s created,” says Davis, holding up a photo of the yet-to-be-unwrapped sculpture. “And all my fraternity brothers and I from Alpha Tau Omega chipped in enough to donate this piece to the permanent collection of Art Center Waco.”

Its athletic body painted in green and yellow patterned stripes and striped with Zapotec hieroglyphs, the bear lunges forward, its face covered by a dark green-and-gold-patterned owl mask with gleaming 24-karat gold eyes. It appears at once both fierce and knowing.

Walking through the Valley of Darkness

Greg Davis wasn’t always an artist, but he’s been taking photographs since 1987, when he was the photographer for his school newspaper in Livingston, Texas.

“I was the editor and photographer for the high school newspaper,” says Davis. “Dad had a Canon AE-1 film camera that I used. But nothing in my early work said, ‘This kid’s got it.’ I wasn’t a prodigy.”

When he came of college age, Davis’s father persuaded him to forgo art school in favor of an education at Baylor University. His father offered to help pay for Davis’s tuition if Davis agreed to contribute as well, which he did by working at the Elite Cafe (now Magnolia Table).

“I put the camera down. I didn’t do anything with it and eventually ended up in the tech world,” says Davis. “And then I woke up at thirty-five in 2004, and the valley of darkness happened.”

“I lost five family members in about four years,” he says. “I was attacked by a gang and got forty stitches in my head and neck from a violent, unprovoked attack. I got thirty stitches in my ear to put it back together—bottle over the head, nearly killed me. So, death, destruction—I didn’t trust anybody. I had infidelity from a girlfriend at that time. I lost most of my savings to that point in a bad financial move. My dog did not die, or it would have been the perfect country Western song.”

Davis began drinking to ease the weight of his burdens.

“That wasn’t the answer,” says Davis. “I quit drinking. Well, first I rolled out of bed one night, and I just lifted my arms up and said, ‘I surrender. You got me on my knees.’ It’s still emotional. I said, ‘Use me, and I’ll forever speak of it, if you can just come down and help me out a little bit.’”

“And that’s when God winks, serendipity, began happening in my life, and I took that as a message,” continues Davis. “I started following all these little breadcrumbs, and they led me to sell everything I owned in 2004. I quit my job with Hewlett-Packard and went around the world for one year with a $400 Olympus point-and-shoot. And when I got back to the US, someone convinced me to set up on a street corner and sell these pictures.”

“I call them my chicken coop days,” he chuckles. “I sat on a corner in Austin in a little art market and people couldn’t get enough. It was the spark that I needed, and now it’s led to this. But it started with surrender, and then intention, intuition, and grit. Grit’s eighty percent of it.”

Davis’s intention, intuition, and grit have paid off. He has had a solo exhibition at the Museum of the Southwest featuring his photographs of pilgrims to India’s 2013 Kumbh Mela, that he later took on tour and showed at Art Center Waco. His work is featured in the new National Geographic coffee table book, America the Beautiful, and his work now hangs in institutional and private collections around the world.

“At the end of the day, for my work, it’s what moves me,” says Davis. “It’s what moves me emotionally or what I’m called to document. What person I’m engaging with at the moment and who I connect with. What particular story that approaches me, almost. I mean, I go towards these places, but destiny ultimately leads me to the moment, the exact moment that I press that button. These moments speak to me and they want to be heard.”

Subscribe to the Waco Insider’s free weekly newsletter so you don’t miss any art events. 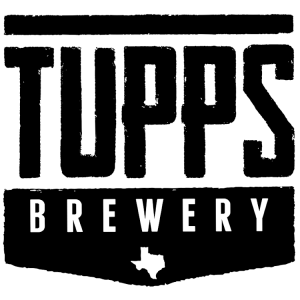 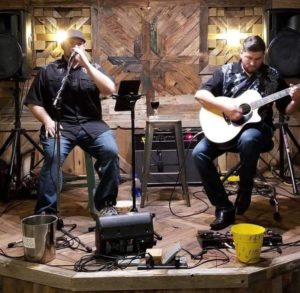 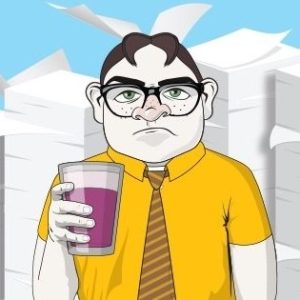 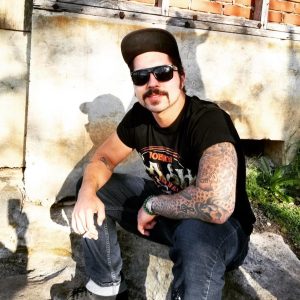 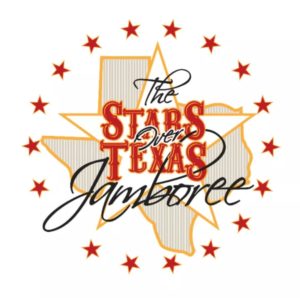 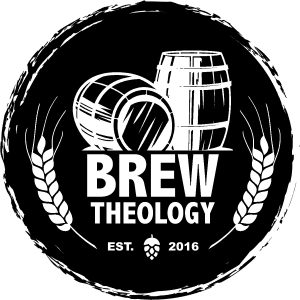 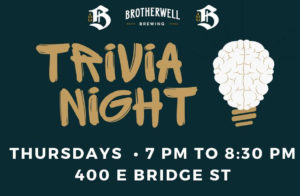 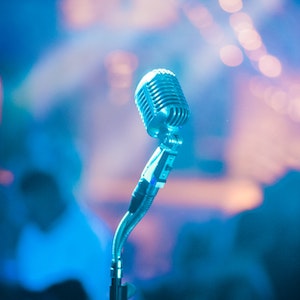 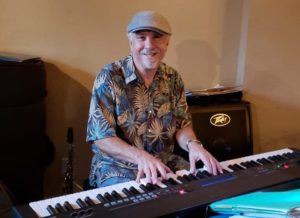 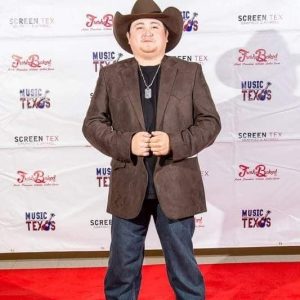 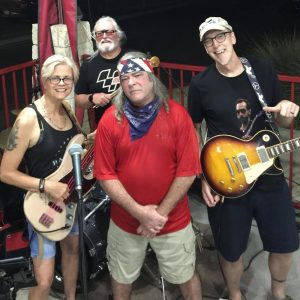 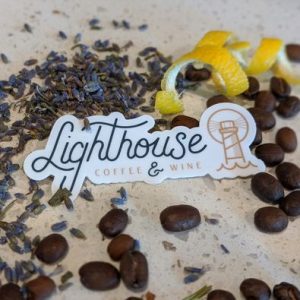 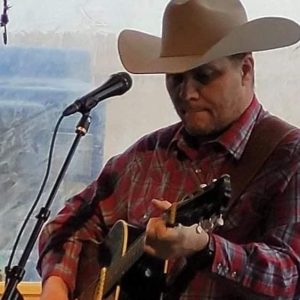 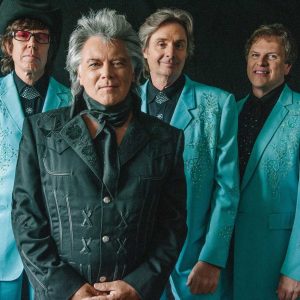